Here we are again LABOUR PURGE III Its getting like a Killer Thriller Serial Franchise.

Stop chopping off my arm and silencing my voice.

Last year 2015 I was removed from the right to vote in Labour Leadership contest for something I did in 2010. In 2010 I met Ed Miliband and asked and wrote a letter which was published simply saying: “Should not Labour sort itself out before trying to convince anyone else?” Given the corruption at top and bottom, the history of New Labour and the in vogue political contempt and exploitation of working class people, low paid, disabled, elderly and unemployed, dependent and vulnerable I thought this was valid.

For this I was referred by local clp – who central office asked to be on the look out for deviants – to be purged and removed from the right to vote in Labour Leadership Election in 2015.  Labour HQ also asked for children and young people and students to welch on their friends, family and colleagues and tell Labour HQ if they thought they should be removed for anything they said, wrote or thought.

I had to pay double subscription to find out why and pay £10 to access the documentation they had used against me. 2 pages. One a copy of the letter I had written. Two a copy of an email with names blacked out from local clp referring me to be excluded because of this letter and questioning what kind of person should be let into the Labour Party without scrutiny.  Despite the reason given not about being part of an separate organisation or undermining the core values of Labour Party I was told I could not do anything and I had no legal course to challenge the removal of my right to vote or the reasons given.

Labour Party took me through their typical bureaucracy and hoops. It cost me double annual fees from my disability benefits, plus costs to attend meetings. My concern was dragged out. I got nothing except extended distress and frustration and an almost sardonic bemusement at welcoming me to the Labour Party where they would fight for my rights and equality while quite blatantly removing my basic right to participate in voting. 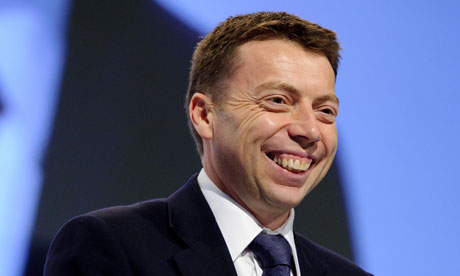 I felt the big grin of Iain Mcnicol smirking as I went through all this just to find I had no rights, or any way of contending my rights. I had not breached any of the reasons given for removing my vote.

Feeling justifiably furious and messed about I cancelled Labour Party membership and left.

They also said that I now as member had to bow down, agree with everything and promote and toe the party line. No Way. I am an independent person. I decide my values and the way I think and go, not anyone else. Especially, not some tinpot dictator establishment. 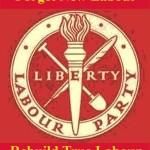 It appears that I have lost my vote again. I rejoined in last few weeks to support and campaign regarding this atrocious attempt to remove Jeremy Corbyn and all the dirty tactics employed. Seems my vote is again removed.
They, the NEC, now say local Labour Parties cannot have any meetings. This was decided by the NEC after Jeremy Corbyn had left following securing himself on the ballot. A very sneaky secret vote and decision. Aimed fully to disadvantage members and Jeremy Corbyn’s chances. I think again they will fail.

However, how the hell are is anyone supposed to be able to discuss anything or debate where the Labour Party are going in this current mess and leadership contest unless they can meet up and thrash it out?  Labour Party is membership led but members cannot now meet up.

That is 3 amounts of membership subscriptions Labour Party has taken off me as a disabled without giving me my basic right to participate and vote.  I paid annual £3 affiliated supporter subscription. To find out why I had been purged I had to pay full membership plus £10 for copies of files. I now have paid another full membership. And got my vote removed. I AM NOT PAYING ANY MORE!

WHAT ARE WE GOING TO DO?

ARE WE GOING TO JUST SIT DOWN AND TAKE IT?

ARE WE JUST GOING TO PAY THE EXTRA £25, ACCEPT LOSING THE VOTE, NOT BE ALLOWED TO FREELY MEET AND ASSOCIATE AND SUCK IT UP AND BE THANKFUL?

I created labourpurge.org last year when I had my right to vote removed and the path to find the reason and find justice blocked and impossible.

Lets fight for this basic human right of human suffrage and the right to vote and take part in the politics that affects us.

Join LabourPurge and see what we can do.

I would like a space and place at Labour Conference and I would like this issue addressed and supported and even asked on the main stage at the conference.

Admins wanted. Only one person here, Will join up and associate with anyone like minded. I am not particularly a hardline socialist I am an independent individual like most.

You may use the images as long as you refer them back to me and LabourPurge.org.  I have had my ideas, information and images nicked before and used without mention, so please respect. If any use of images are for promotional material please contact me and ask me first.