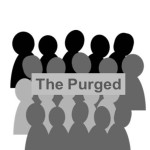 WHO ARE THE PURGED?
The Famous 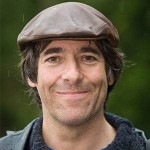 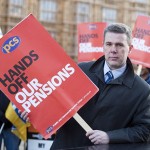 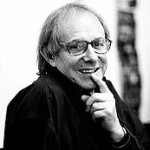 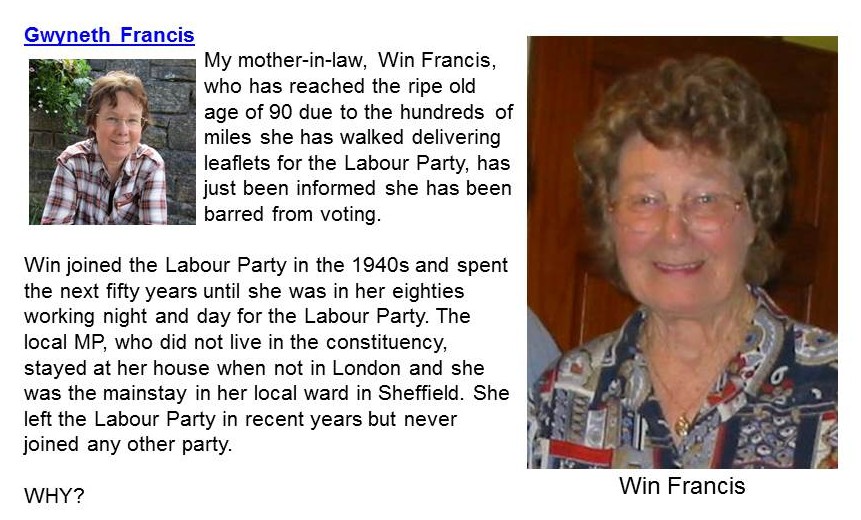 90 years Old. Life Long Labour Member and Supporter. This may be Wins last chance to take part and have a voice in a future Labour Government and Labour Leader. Shame on You Labour

Anyone who has said BOO! to Labour and refused to bow down, be obedient and non-critical during these years of wars, austerity, selling NHS off, cutting welfare support and care from most vulnerable and who had got fed up with Labour Lite, Spin Doctor politics, embezzledment, selling off country and national assets, thieving pensions, cronyism, expenses and treating electorate and own members as idiots.

What are people saying?

How is it affecting Labour Party?

It is making Labour look worse in the eyes of the public, both its own members and supporters and its opposition, the Tories and Conservative Party. It is quite rightly opening itself up to mirth and ridicule, and a concerned electorate who worries that we might be in 1930s Hitler’s Germany or Stalinesque Russia

The Artist known as Taxi Driver. One of Life’s Lessons to Learn: “Do not cheese off the Small Guy. There are more of them than there is of You – and they all have the Vote 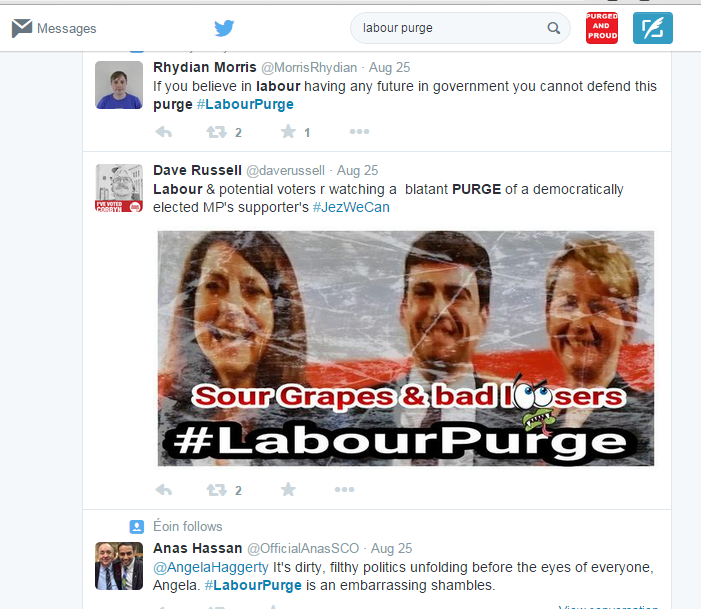 Dirty Filthy Politics. Can Labour Ever Live It Down?

Is there any HOPE?  Not unless Labour Turns, Restores All these people’s votes and accepts it is wrong and only has its own self to blame. It has made a spectacular fool of itself and humiliated the Labour Party  as well as all those it Purged. Maybe it is a sign that we definitely need a new party and a new direction, one leading it on Integrity, Intelligence, the Will and Good Will of the People and not so many DumbAsses.

This entry was posted in Blog, The Purged and tagged in #labourpurge, Labour Purge.

« WHERE IS OUR SURVEY? DEMAND THE RESULTS, Meanwhile Fill in Ours.
View more posts from this author