Seems Labour PLP searches each day to find ways to stop members from voting and reasons for doing so. As if we did not have enough tricks and personal intrusion last year trawling social media, blogs, monitoring attendance at protests and asking local clps and school children to spy and betray their own family and friends.

SECONDLY
Affiliated members have to pay up another £25 in order to be able to vote by 29th July 2016.

So Unions reminded people that by joining them they would automatically have a vote.  People have flocked to the unions such as Unite and signed up to be able to vote.

LASTEST STAGE ON ONSET OF CHRONIC PARANOIA AND GRANDIOSE NEED FOR CONTROL.

In addition they will be trawling  social media and banning anyone from voting who uses the words Traitor, scab or scum to another member of the Labour Party.

‘The Labour Procedures Committee have reportedly announced that anyone who uses the words “traitor”, “scab” or “scum” in relation to another member of the party, will automatically be barred from having a vote in the leadership election’

This is madness. But that should include themselves. GOOD, That means most of PLP and MPs can be banned for calling Jeremy Corbyn a traitor.

THIS MADNESS MUST STOP

Do they think that all British people and electorate are mad or stupid and do not know what to expect from their democratic system and fairness.

If Jeremy ever gets through this and gets to stay party leader there needs to be a unsympathetic merciless cutting from top to bottom. The Labour Party NEC and PLP cannot ever be allowed to take away the people’s right to vote and right to be heard and take part in their country’s politics.

This is a grave and serious injustice and abuse. Our democratic rights and right to vote cannot be abused in such a way every again. 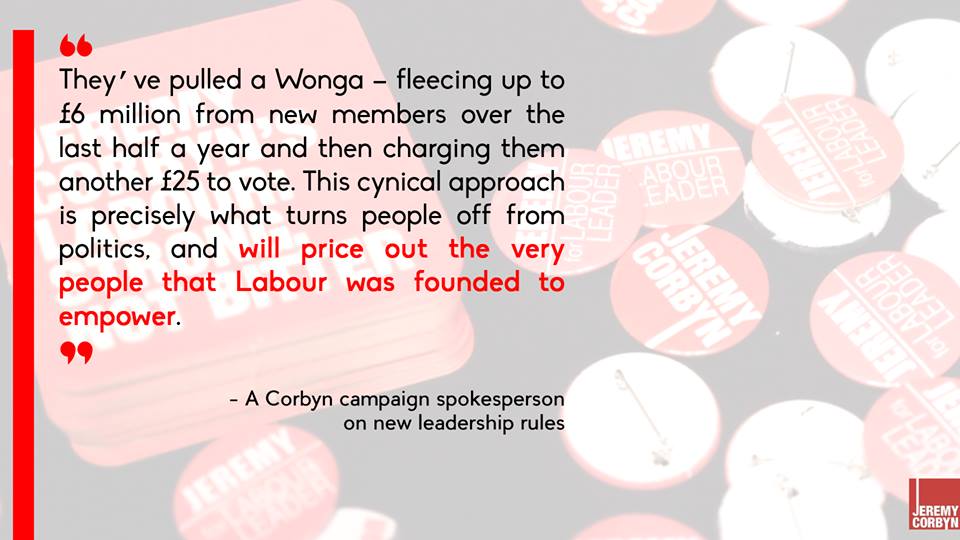