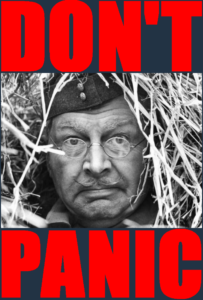 Don’t Panic Jonesy. You will Set the Troops off and Panic the Natives. Cool Calm and Don’t Pander to Press

In what amounts to a sustained attack on democracy in the Labour party, paid national and regional officials – helped by leading pro-coup MPs and their aides – are currently trying to remove as many registered supporters from the party as possible. If you have just registered with Labour to vote in the coming leadership election your social media profile and online presence is currently being trawled for evidence of a) support for Jeremy Corbyn and b) rule breaches.  (ARTICLE FROM NOVARAMEDIA)

A similar strategy was used in 2015, but this time reports suggest the Labour ‘purge’ will be more brutal as the party deploys a combination of better technology, MPs’ staff, new compliance unit employees and the membership team to stalk new supporters to find evidence of newly cooked-up ‘rule breaches’. 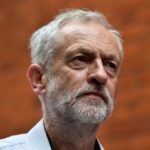 A Man for All People

The Labour party has a 93-page document outlining the rules of membership – the Labour Party Rule Book – the contents of which are going to be exploited to exclude as many people as possible from the leadership contest, but also to cause disenfranchisement and disillusionment among Corbyn supporters. Here is an outline of potential breaches and rules to take note of, particularly if you’re a recent registered supporter, and some recommendations for how to ‘purge-proof’ yourself. Some of these will be more familiar to Labour party members and supporters, but others are less well-known.

“A member of the party who joins and/or supports a political organisation other than an official Labour group or other unit of the party.” 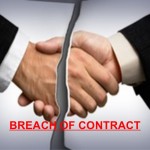 If you have ever shown support to the Green party, the Lib Dems, or any other party that has stood against the Labour party – nationally or locally – you could be excluded. Obviously Greens are the more likely to be Corbyn supporters, but it will also apply for smaller socialist parties or candidates.

Because this statement says “supports” as a present tense, it should be possible to argue that historical support would enable an appeal but (and this is crucial), currently it will be used to keep you off the list of registered supporters, pending an appeal.

“To be and remain eligible for membership, each individual member must: a) accept and conform to the constitution, programme, principles and policy of the party.”

So, in order to show you will conform to party principles and policies –

Clause 4 states: “The Labour party is a democratic socialist party. It believes that by the strength of our common endeavour we achieve more than we achieve alone, so as to create for each of us the means to realise our true potential and for all of us a community in which power, wealth and opportunity are in the hands of the many not the few; where the rights we enjoy reflect the duties we owe and where we live together freely, in a spirit of solidarity, tolerance and respect.”

Generally, there are four main policy areas for Labour: a) a dynamic economy; b) a just society; c) an open democracy; d) a healthy economy. Obviously, these are all very much a matter of interpretation, but it could potentially be argued by the compliance unit that if you’re against the market, or believe in Marxist or more radical (i.e. beyond capitalism) market theories, you could be seen as standing against Labour party principles. Again, bear in mind the anti-democrats are not looking for cast iron cases – they are looking to cause as much disruption as possible.

This is going to be the contentious one.

Reports suggest acts that could arguably constitute ‘online abuse’ towards other members of the Labour party (and particularly party representatives) will be deemed as “detrimental to the party.” So, if you have ever sent a negative or abusive tweet about an elected representative of the party, or spoken out against the Labour party itself, this could be deemed as ‘grossly detrimental’.

Again, this could be challenged and won, but the point isn’t just to stop people voting – it is to cause a sense of disenfranchisement and disillusionment amongst Corbyn supporters. This isn’t just about the leadership election. The hope is that this feeling of lack of democracy and chaos will benefit the orchestrators of the coup beyond any Corbyn win, if that is indeed the result. 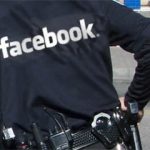 If you want to survive the onslaught, I recommend the following:

I MUST NOT VOTE OR BELIEVE IN HOPE!

If you want to support media for a different politics, you can donate or subscribe to Novara Media at support.novaramedia.com.

I hope that helps

This entry was posted in Blog, Legal, The Purged and tagged in iain mcnicol, jeremy corbyn, Labour Purge, what can I do?.

« GOOD LETTER TO PLP FROM GLASGOW 4 CORBYN. Take note and maybe do one yourselves collectively locally.
John McDonnell responds to Labour’s mass purge of Corbyn voters, The Canary »
View more posts from this author