I was purged from voting in the Labour Leadership Election for asking Ed Miliband in 2010:

“Should Labour not sort out the behaviour of its own members before trying to convince anyone else of its merits?”

That was the reason I was ejected and purged.

These are the two pieces of paper that said why I had been evicted and rejected from voting in Labour Leadership Election. It cost me nearly £100 in disabled benefit money to get these. And Labour HQ say they have no duty of veracity or duty of care. When asked for further information, re: true figures and facts regarding labour purge and reasons Labour says it is exempt from the Freedom of Information Act, even though they have used your personal and private information and details.

I am stuck. It seems I have been on this distressful and expensive journey to have the right to vote and have a voice and been purged, and have no right or means to go forward and challenge this.

Jeremy Corbyn and Labour refuse to release the results from the survey they have of Labour Purged passed over to them by Matt Beresford and George Monbiot who started it. I know it is all illegal, but seems I am told I can do nothing. Hard cheese, swizzle chips. 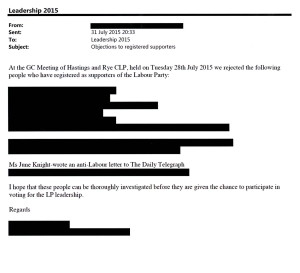 Hastings and Rothers CLP says People Like Me Should Be Thoroughly Investigated.

I was therefore surprised that the reason for the purge was a quite good letter published in the Telegraph in Oct 2015, which was really mild compared to what I really would have liked to have said.

The letter was sent to all newspapers, but published in October 2010 in the Telegraph after I attended a local “Come and Meet Ed” meeting, in Hastings, Sussex at White Rock Hotel. 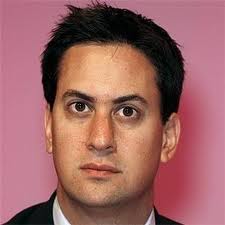 Come and Meet Ed.
Ed Miliband would like to meet the public.

Ed Milliband after the defeat of 2010 and being elected to the Labour Party as leader said he wanted to go round the country meeting normal people and the general public to find out why Labour lost and what they could do to change and improve.

I received an invite via Facebook. I checked that it was an open meeting, not a closed meeting just for Labour members and Union members. I was assured. I made it clear I was disabled, unemployed and not in either. 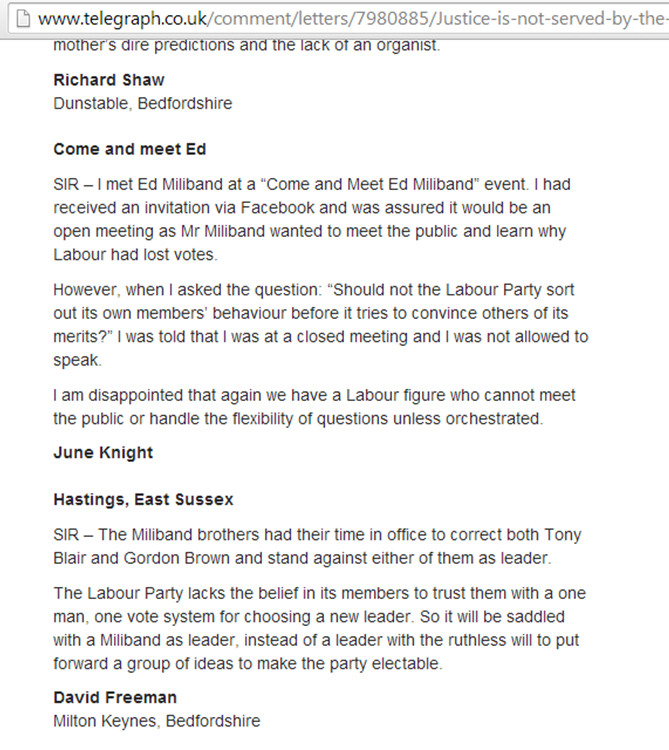 I attended the Meet Ed meeting where Ed Miliband said he wanted to meet the public and find out what they think and feel after Labour was defeated in 2010. I simply asked that given the recent defeat, expenses scandal and union pension thefts whether Labour should sort itself out first before trying to convince the rest of the public of its merits.  I was silenced and told I was not allowed to speak and ask questions. Another elderly disabled man with a stammer was also prevented from speaking when he just wanted to ask, if all parties want people to go back to work surely it should make sure working places were safe environments from sexism and disability harassment and bullying. He had suffered bullying all his life in the workplace. He hated it and it brought about early retirement through ill-health. His question as valid. He had voted for Labour all his life, but was prevented from speaking and was silenced. Ed Miliband said he was not aware that any prejudice, sexism or disability discrimination still existed in workplaces.  That really surprised us as to what planet he usually lives on.

I wonder if David Freeman who wrote the letter underneath was also purged?

I am classified as disabled with cognitive difficulties under the heading of “severe mental impairment” and compounded Post Traumatic Stress. This is due to a series of factors and events I do not want to go into, but which in effect left me very very bad.

I have raised that Labour has not been the party it should have been and says it is. Corruption and laziness is rife and many just seek a personal career for life. That is because I support the principles and values that Labour was built on when they fail to support them themselves.

I have not been a member of any other party. I could not join the party previously because of the lack of principles and behaviour of the party and its members. I think that is fair, and what many people have felt.

However, I helped promote the nomination of Jeremy Corbyn. I am not a socialist or hard left. I felt another candidate was needed instead of the light weight right and PR savvy but empty Blarite generation. So I helped promote Corbyn.  When he got onto the candidates I joined as an Affiliate Supporter to vote. My plan was to see how it went for a year. See if Labour improved and were worth backing before I considered joining full time. As a disabled I paid a full years annual subscription for my Affiliate Supporter membership. Gone. Could not ask for it back.

“The values Labour stands for today are those which have guided it throughout its existence.”

I have supported these values all my life, even when Labour and its members and representatives have not.

Labour “Compliance Unit” said I had to become a full member to find out why I was purged.

I then had to pay £10 and fill in a form to access the date they held on me and the reason for my rejection.

I could think of many things, as I had raised disability discrimination, sexism, anti-gay values and abusive, thug behaviour and corruption in Labour. All things I had a right to raise.

Although had I had been a member of the Post Office Union for 7 years when I first started work in 1978 and a member of Unison. I paid my subs and pensions which Labour riffled and pilfered, as well as my father’s AUEW pension after being an engineer all his life. Seems thieving 100,00s of pounds out of people’s union pensions is not enough to buy you the right to speak at a Labour meeting. 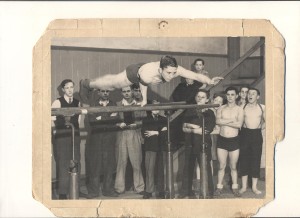 My father as a pensioner in his 80s was reduced to sitting in the dark, having cold baths and eating tomato sandwiches if he was lucky. He deteriorated. Because of my own deterioration and illness I did not see him for other 10 years. This year in January I saw him for the first and last time. He had severe dementia, was nearly 90. He was in a severe dementia home. He had been there a long time without knowing when he would see me again. He had had a very bad time and been treated appallingly. I was so bad with my severe impairment I could not nothing for him or myself. 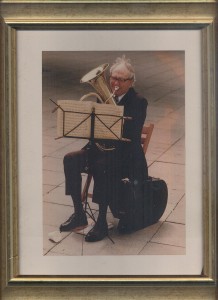 But we had a good time over a long weekend. I have some very good last memories. I promised I would be back for his birthday in June when he would have been 90.  Instead he was taken from us in March, when he choked on food and had a stroke. He went into a coma and never recovered. I sped up and was with him. I stayed with him until he died with my hands and arms on him and around him. 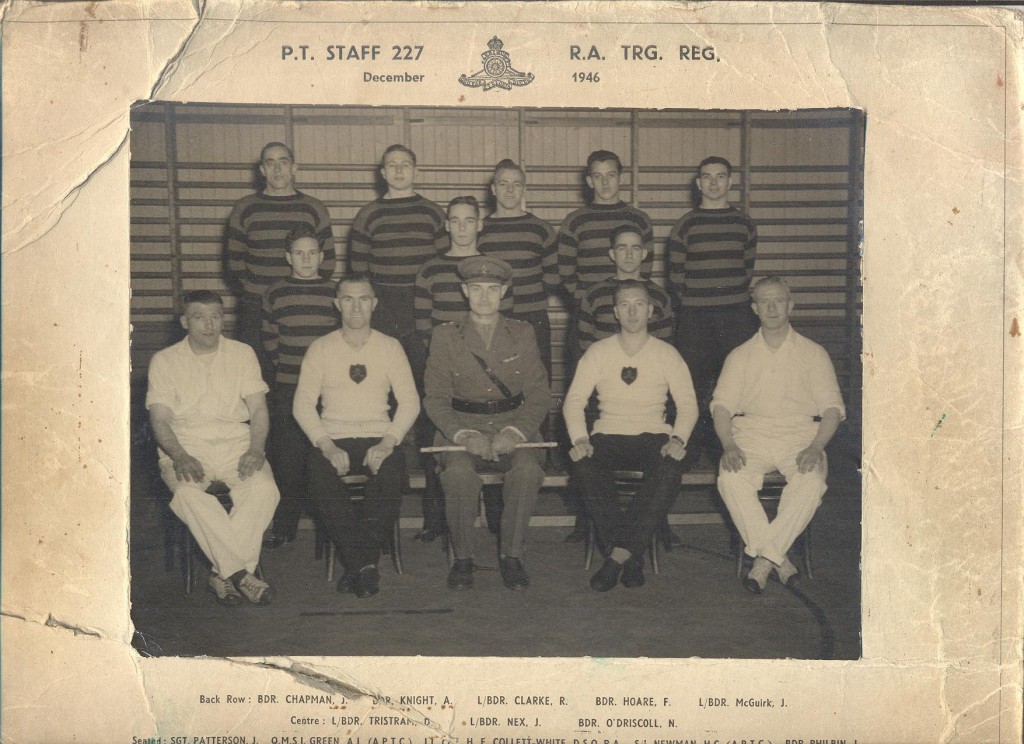 A PTA Officer. Trained. Dedicated. Disciplined. Dad wrote on the bottom in depression “What a load of bollocks and shite.” He felt he was and had been betrayed by all the promises that if he worked hard and played hard as a man – he would win.
Was his quest for nothing?

And to Labour he was nothing, although he was a working class man, born in 1920s between the wars. The generation who built and fought for this country by working and training hard. Engineer, self made man, self taught brass band player and musician and self taught Olympic standard gymnast. Asked to particpate in 1952 olympics, but could not, as being a working class man he could not afford it. He believed in life long endeavour and life long learning, achieving and striving. He never gave up and was always interested in something.

We might not always have got on. He was a man of his time 1950s. He was told he was Head of the house and Master, women should obey and children should submit, even though like most men he had not got a clue. He as not modern. He was like the Norther father in Spring and Port Wine that James Mason played. He looked and acted like Selwyn Frogget as played by Bill Maynard made Alf Garnett sound like a liberal. But I will give the respect he is due as a man who tried, who accomplished and always filled his life and “Went for IT!”

This man died, thieved of his life long union pension in AUEW and member of Safa due to being in the army. He was made redundant during Thatcher era and never found work again as man in late 50s. So he was scrapped by Tories and betrayed by Labour.

And yet I and my father and my mother are the very people Labour says it is there to support and the people that made it. Yet said for last few decades they do not want to know us, while taking our union subs and thieving our pensions. Selling off our public services and destroying our NHS and national infrastructure. And finally they take away the right for us to have a say and a vote in the party that we built and should be representing us.

Thank you Labour for the Purge. Thank you for the rejection and denial while still finding ways to take our money in duplicate. Its about time we returned the favour and took our party back and make you work and earn your money like a true working class.

If anyone wishes to help or support challenging Labour Purge now please contact me via Contact page and form.

Fill in our survey, until and incase Labour does not publish Monbiots survey.

And if you wish to add your own personal experience and story of being purged by Labour then send a message via contact form and I shall add your as a contributor and you can create your own page to tell your story.

I think this is important. Corbyn may have got in, but the same people are at the top and bottom and they just want our numbers and money without giving back.

This nonsense about purging and disciplining people who have questioned and tweeted and challenged Labour about its ethics and integrity, is nothing compared to Labour and its treatment of its own members and life long members of the public who have laid down their lives, worked and paid for the very values and ethics Labour abandoned and exploited. Labour turned the gold of their lives into trash.

Lets not let it happen again, and let us have true values

This entry was posted in Blog.